Betta Fish in a Community Tank 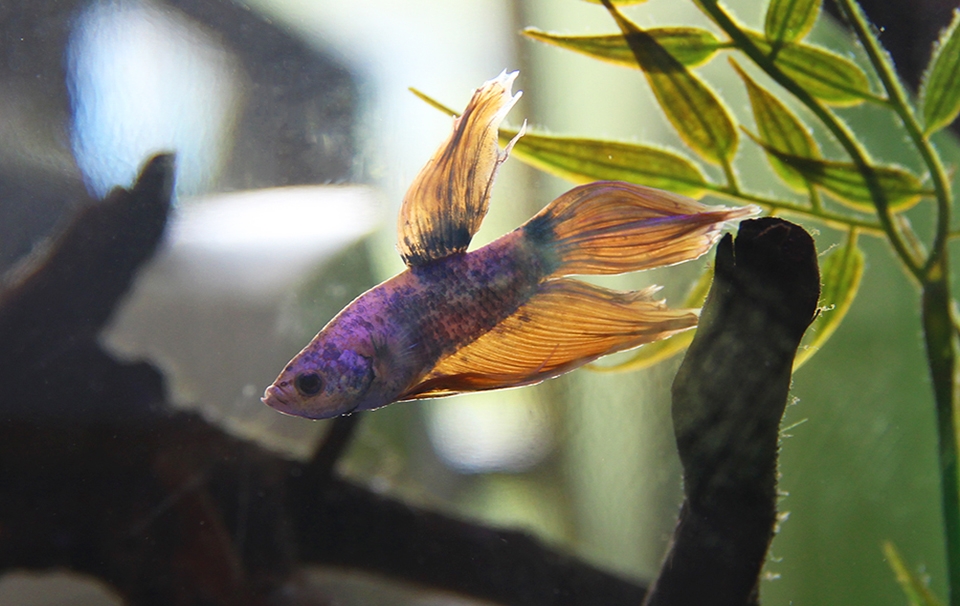 Siamese fighting fish (aka Betta fish) are known to lead a solitary and territorial life in the wild and are quite aggressive. Their natural behaviour is why many fishkeepers choose to keep fighting fish alone in a nano aquarium. But, if you would like to keep more of a variety of fish, Siamese fighters can certainly coexist with various other species in a community tank without problems. Before adding betta fish to your tropical fish tank (or other tropical fish to your betta tank), there are a just few things you should consider:

If you already have tropical fish species that are known to be fin-nippers, it is best to avoid adding a betta to the tank. Despite the fighting fish’s aggressive reputation, they are often a target of bullying because of their flowy fins. The long fins will be nipped at and cause the fish injury.

Avoid keeping Siamese fighting fish with other species with vibrant colours or long flowy fins, like guppies, they can be mistaken as another male betta.

Here are some specific examples of tankmates to avoid and which tankmates have the best probability of getting along well with a betta fish:

- If you have a male betta, DO NOT keep with other males