A History of Koi Fish 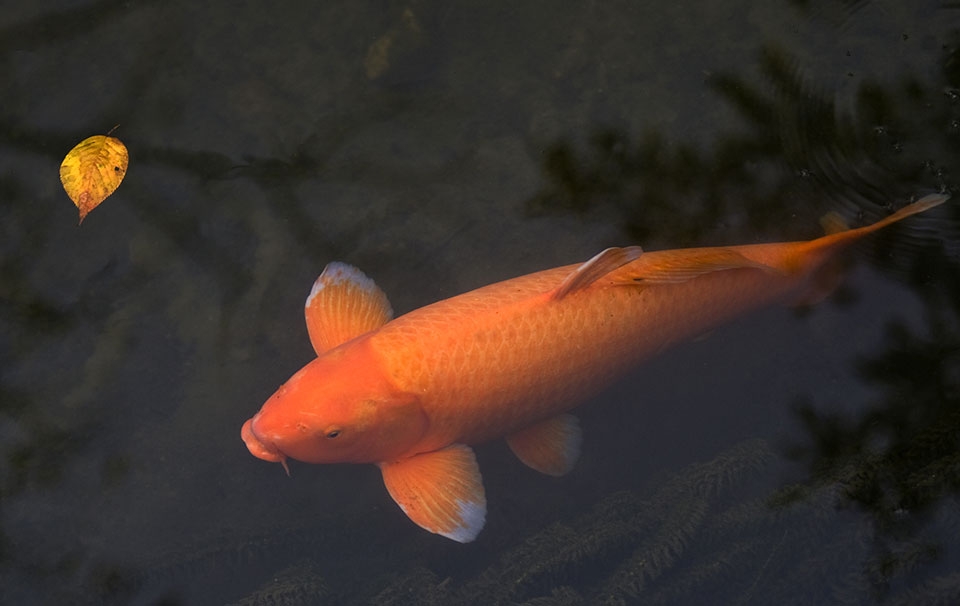 Koi fish have a very long and colourful (literally) history. The vibrant varieties seen in many ponds today have descended from the common solid black carp. Now, not only are they culturally symbolic, but they are a hobby for millions of people around the world. Let’s take a step back in time and find out how these ornamental fish became so significant.

Black carp, or Magoi, were originally brought into Japan from China when the Chinese invaded Japan around 200 BC.

The Japanese are known for being the first in koi history to breed fish that had naturally occurring mutations, which as a result introduced colour to the species.

Rice farmers in Japan used to keep koi fish as a food source when they were originally introduced to the country, and could be found in the country’s rice paddies. When the farmers began to notice the mutations that were happening due to cross-breeding, they began to selectively breed the koi themselves for the carp’s appealing colourful scales. This is thought to have begun in the early 1800’s and led to the earliest varieties, such as the Narumi Asagi.

The earliest breed produced by chance was Magoi with red bellies. From this red-bellied Magoi came across from a Magoi and Higoi; we know them as Benigoi. This eventually led to producing Hi and Ki Bekkos with their black markings.

The pale blue-based Asagi came to produce the white-based koi. White-sided asagi, or Taki Asagi, were used to eventually produce the first Kohaku, and then Goshiki, with Goromo after that.

Taki-asagi Koi played a role in producing white carp with red spots. These were the first coloured carp to be called Kohaku, which are the most popular koi kept today.

Kohaku was cross-bred with Goshiki or Asagi to produce the first Sanke and Shiro Bekkos.

Ojita City in Niigata was now full of new varieties of koi, and as people travelling through the city began to see these beautiful, vibrantly coloured fish for the first time, koi keeping as a hobby started to become popular around the world.

Niigata, Japan was the forefront for koi development. The farmers in this area were the only ones to actively breed these mutated koi, creating the koi carp varieties we have come to now know. These rice farmers recognised that they could continue to breed all the new forms of Magoi to produce further colour variations, creating even more demand and profit.

Outside of Niigata, the world was not aware of these newly developed coloured koi variations until around 1914. It was then that koi from Niigata were exhibited at an exposition in Tokyo. From then on, interest in koi spread throughout all of Japan.

Despite their growing popularity, koi keeping had to be put on hold temporarily due to World War II. Luckily the Japanese koi farmers passed down their knowledge to new generations who were actually able to save the koi during and after the time of the war. This hard time lead to the vast majority of koi carp being lost due to lack of food. Luckily, some were kept safe in temple ponds and after the war, koi breeding continued.

With the many varieties of koi now available, it can be difficult to understand how each one came to be. We have provided a useful lineage chart below that can help you to better understand how your favourite koi fish developed its unique colour and pattern. It is important to note that given that there are now hundreds of different koi varieties, not all are listed.

Asagi: One of the oldest breeds of koi; started being bred 160 years ago by parent Asagi Magois.

Ki Bekko: Bred around the mid-late1800s by a Magoi and Higoi variety.

Kohaku: Bred by a white female with a red head and a white male with a cherry-blossom pattern.

Sanke: Established around 1917 after breeding a Kohaku and a Shiro Bekko.

Shusui: Bred around 1910 by an Asagi and a Doitsu mirror carp.

Ki Utsuri: Started to be bred around 1921 by a Ki Bekko and an Asagi Magoi.

Shiro Utsuri: First-bred around 1925 between a Magoi and another variety that is unknown.

Yamabuki Ogon: Was first-bred in 1957 between a light-coloured Ogon and a Ki-goi.

Doitsu Kujaku: Were first bred in the 1960’s between a Hariwake and a Shusui..

Beni Kumonryu: A rare form of Kumonryu, this variety was first bred in 1980 between a Kumonryu and a Doitsu Kohaku.

Kikokuryu: One of the newer varieties of koi carp, they were originally bred in the early 1990’s between a Kumonryu and a Kikusui.